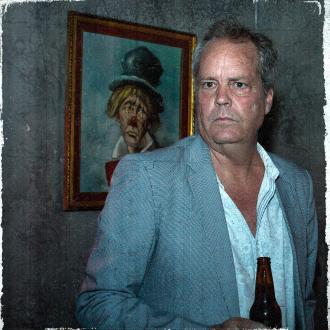 "Dan Stuart is gonna die soon, like in 20 or 30 years, a blink of an eye. And just like any good vintage fender amp, before its tubes go out for good, they glare brighter than ever and its sound plays with your mind. Has it always sounded this good? Why does it sound better than ever? No clue... just don't fucking touch those tubes!" - Howe Gelb

"In Mexico your wishes have a dream power. When you want to see someone, he turns up."  (William Burroughs)

Back in 2010 Dan Stuart's brain broke and he fled to Mexico as so many others (Bierce, Lawrence, Lowry, Burroughs, Kerouac, Bolaño etc.) had before him. He settled in Oaxaca and wrote an album and false memoir that shared the same title: The Deliverance of Marlowe Billings (Cadiz Music). Both were explorations of the events that had led to his unraveling, his early days leading the erratically magnificent Green on Red (a band that was credited with both starting the Paisley Underground and Alt Country, releasing seven stellar albums before breaking up in 1992) and his later years as a kept man and occasional screenwriter who wandered the streets of NYC and Barcelona looking for opium dens that no longer existed and whores that always will.
The world took notice and he was back in the game but somehow all the rules had changed. Shunning the ghetto of Americana, Stuart wanted retribution, songs that still had a taste of danger and intrigue, what use to be called rock 'n' roll. Recording alone in a concrete bunker in Oaxaca, with only the help of a banda engineer keeping time with a 30 peso little black egg shaker, Marlowe's Revenge was born. Later, in a mescal and weed haze and looking for co-conspirators, he came across the Twin Tones, a garage, surf band from Mexico City, via a video online and sent them a kite. They were half Stuart's age but oddly they had some mutual friends and knew more than a little about his previous work. Stuart was invited to their gritty home studio in northern Mexico City and the first night they cut Soy Un Hombre and soon had a half dozen more. Curious what would happen, Stuart sent Twin Tone's leader Gabriel Lopez some of the Oaxaca solo stuff with instructions to overdub to their heart's content. The result is an olla podrida (foul stew) of tracks both live and collage where most of the rules of recording were broken (more shaker!) and only someone like JD Foster could mix. Digging the scene and his new friends, Stuart packed up and moved to Mexico City where he is currently holed up finishing his 2nd novel. He toured Europe in 2016 playing Glastonbury with Twin Tones but missed Germany which he is now set to tour in 2017. He performs his new songs and Green on Red classics and tells great stories in his amazing live show.

You have to know how to look even if you don't know what you're looking for.  Roberto Bolaño